Home › Blog › What will hospitals be like in 50 years 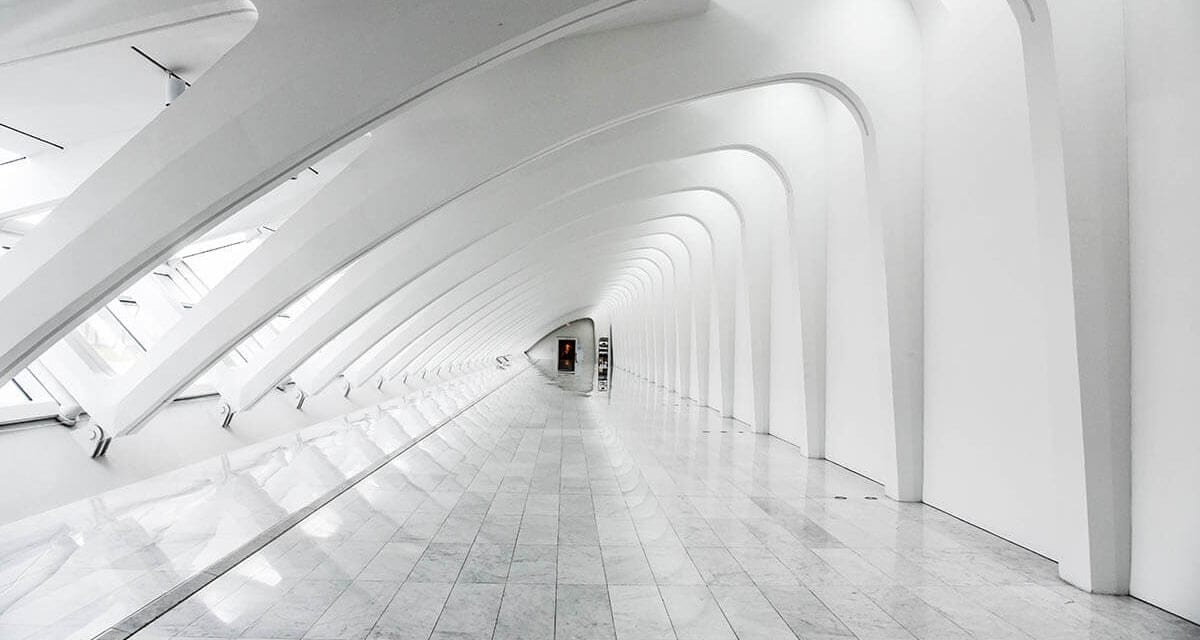 After noting that the Royal College of Physician’s Annual conference in 2018 was to be focused on Innovation in Medicine and that one important factor to be covered at the conference is how will digital technology transform healthcare in the future – this got us wondering what would futuristic hospitals look like and how will they operate over the next fifty years and beyond? Will hospitals still need as many pillows, slide sheets and cubicle curtains in 50 years time? Or will they work in a different way.

We look back to the beginning of public healthcare in the UK to start to understand what might happen next.

Hospitals, as we know them today, have only been available to the general UK public since the late 19th Century. Florence Nightingale’s famous Crimean War exploits in 1856 prompted the modern nursing reforms and convinced many more young girls to pursue a career in nursing across the country. By 1875, when the Public Health Act was introduced, there were new hospitals being built to specialise in specific diseases and hospitals were treating an average of 9,000 patients each per year. Britain had the most extensive public health system in the world at that time.

The NHS took control of the majority of British hospitals when it launched in 1948 (70 years young this year – Happy Birthday to the NHS!)

Over the last 70 years many changes have taken place to improve the healthcare services available to the general public. In the 1990s the organisation transformed dramatically by the establishment of the first 57 trusts across the country to improve community based care then the NHS Direct service launched in 1998 which helped patients access healthcare advice over the phone without having to visit a GP. In the 2000s, NHS walk-in healthcare centres staffed by nurses were introduced. Later, in 2007, the NHS Choices website launched to help people use the self-service online information to make choices about their own health matters.

And only last year, in 2017, the NHS launched an online NHS 111 emergency healthcare service for people to access via smartphones, laptops etc. providing a medical triage service and minimising the need to visit a GP for everyday healthcare matters that could be addressed either by a visit to a pharmacy or by self-medication.

What does the main provider of healthcare think will change?

In 2014, the NHS prepared a 5 year view of how British healthcare services will evolve, you can read the public-facing version of this here.

The key change that the NHS foresaw that will affect hospitals would come about if Multispeciality Community Providers were established, this would reduce the number of patients attending hospitals. These MCPs were anticipated to incorporate GPs, nurses, community health services, hospital specialists and mental health care specialists to create integrated out of hospital care. But with the 2014 five year plan running out of juice next year in 2019, this idea is potentially going to be postponed or completely mothballed.

One year after the 5 year review was published, the UK had 2.6 beds for every 1,000 people which was the lowest compared to 10 other similar countries, with Germany having 4 times as many beds available.  Also in 2015, there were 16.3 million hospital admissions – this was an increase of 28% compared to 12.7 million in 2005.  However, 3 years on and the ratio of beds to population hasn’t increased, nor has the number of hospital admissions decreased. Mainly due to the “unravelling” of the finances of hospitals, ambulance trusts and community services as stated in a recent BBC news article.

Predictions show that the UK population is expected to increase from 66 million today to 73 million by 2034. The ONS have predicted that by 2118 there will be at least 85 million Brits. Of this population increase, it’s expected that 25% of the population will be aged 65 or over, compared to 18% today.

Given the stretch on an already budget-restricted healthcare system coupled with the aging demographic, how will Brits of the future receive healthcare support? Something will definitely have to change.

We brainstormed some ideas to see if we could imagine a future Britain where digital tech might save the growing healthcare predicament in the next 50 to 100 years – hopefully to produce a pen-portrait of futuristic hospitals & healthcare providers.

Before brainstorming, we agreed that complex and acute medical situations such as childbirth and most operations would still involve a hospital appointment, but other hospital appointments could use digital tech to reduce costs and be dealt with more efficiently.

Here are some of our best ideas that made the cut:

There are already some apps that connect to at-home simple medical devices such as inhalers, thermometers, blood sugar testing equipment. Patients use the devices themselves, sending the data to their medical care team without needing to attend the hospital at all. In the future, the development of integrated long-distance medical monitoring devices with data transfer apps will assist in reducing futuristic hospital outpatient appointments dramatically.

Using web chat to run doctor appointments and specialist appointments is already here (Push Doctor being just one web chat GP service) and this will be easy widespread change to implement, especially once the majority of the population are Gen Y and younger as they’re more comfortable using smartphones to do everything.

Chronically ill patients and the growing group of senior citizens could use apps on their smartphones to set medication reminders, run alertness testing, heartrate testing and more, and the app would then send that data to a family member and/or a healthcare professional. This could happen much sooner than we imagine, for example, a recent USA Healthcare IT article speculated that Amazon could be poised to use the AI functionality in Alexa to provide fully automated in-home healthcare and diagnostics to the US elderly.  This would avoid the need for frequent in-person check ups at the local GP clinic or at outpatients.


Switching to MRI and guided ultrasound wave surgery would be another way to speed up recovery times and decrease the length of hospital stays. Obviously this requires a specific skillset and training to operate on a patient in this manner.

More research and development on pill robot surgery would achieve the same result. Perhaps this type of pill robot would do the trick?

Menial tasks such as booking appointments and arranging referrals could be undertaken by automated functions such as robots or AI devices. Removing the cost of staffing these roles would help with the expense cutting exercise.

Hospital equipment and supplies could be ordered automatically, using sensors in storage areas, with a connection to a rules-based system to determine how many items should be available and at what price.

Aside from digital technology being used to adapt the healthcare system to cope with the growing and aging population under a depleted budget, we also thought of some ways that digital advancements could be used to create a healthier and more user-friendly healthcare environment for patients and healthcare professionals. Here are some of those ideas:

Patients will have a clearer choice of where to get their healthcare support, more so if the NHS isn’t able to continue to offer widespread healthcare using taxpayers’ funds. Making patient medical records available to the patient to take along to other medical practitioners will result in seamless care. Those patients who can afford to be treated privately or choose to seek the services of an alternative functional medicine practitioner will be encouraged to do that, to free up the NHS to care for those who don’t have the funds to choose.

We already live in an age of people being more aware of food allergies, intolerances and there’s a broader understanding of how nutritious food helps the healing process in patients. Chances are that this knowledge will be more advanced and will be able to assist in the new healthcare environment.

If each individual were provided with the right food to co-operate with their treatment, to take into account food intolerances and to suit their nutritional needs this would be a key aspect of improving mortality rates and decreasing overnight hospital stays.

This would be achieved through adoption of a digital service, taking medical information from the primary healthcare provider, self-entered food intolerance information from the patient and using nutritional advice from a reputable third party specialist. The service would compile individual menu options and liaise with the hospital food providers to produce the healthy individual patient meals in an organised and cost-effective manner.

Educating the general public to look after themselves better will reduce the pressure on the NHS. This has already started, with the OneYou campaign in 2017. This could be stepped up through push notifications on smartphones to encourage healthy eating at mealtimes, to prompt the person to do some exercise if they haven’t done many steps etc.

These are just our initial thoughts, but perhaps we may not have been open-minded and futuristic enough!

Perhaps by 2068, when someone’s wearables notice that there’s a fever or the person starts to feel ill they will be automatically teleported into a matrix-style pod, covered in healing green goo for 24 hours while the robot doctors fix whatever is wrong and then teleport them back to their home again fully healed and recovered. If that’s the case, Interweave Healthcare R&D department had better start working on developing either healthcare pods or green goo. Watch this space! 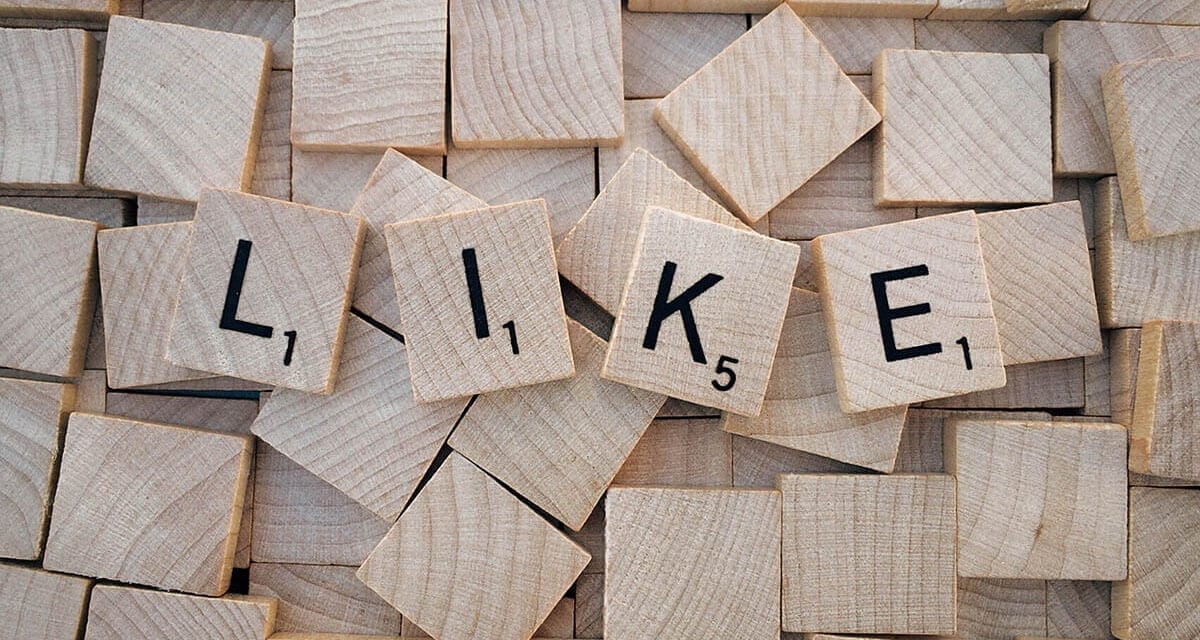