Home › Blog › How many hospitals in the UK

How many hospitals in the UK 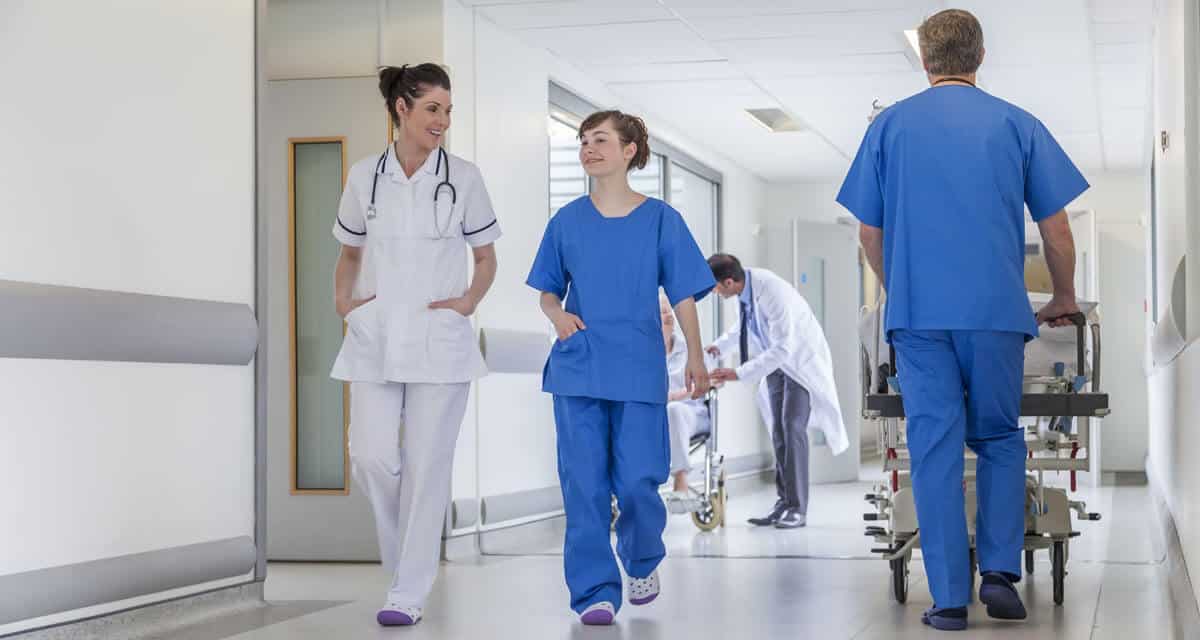 Many people wonder how many hospitals there are in the UK. Some websites state the answer is 168, but this is far from the real picture. The “168” was merely the number of NHS England Trusts in 2010. A trust typically manages many hospitals, therefore the number of hospitals is much larger. The eagle-eyed will also spot that the 168 represented NHS England, and of course the UK isn’t just England. In addition to this, not all private hospitals are managed by NHS Trusts.

The actual number, correct as at September 2019, is that there are 1,257 hospitals in the UK. This number includes the NHS Trust-managed hospitals and the additional private hospitals that are currently in use.

Hospitals in each UK region

Looking at the different regions, 68% of all hospitals are in England (865 hospitals) and Scotland has 22% of the hospitals at 279. Wales has 7% with 71 hospitals and Northern Ireland has just 3% with 41 hospitals.

When considering the number of patients and hospitals in each region, there’s a huge disparity between regions. For example, England is home to 84% of the UK population, but there’s only 68% of the total number of hospitals. However, there are very large multi-discipline hospitals serving large communities all across England. Whereas there are many more smaller hospitals, serving communities in the less populated, remote areas of Scotland and Wales. 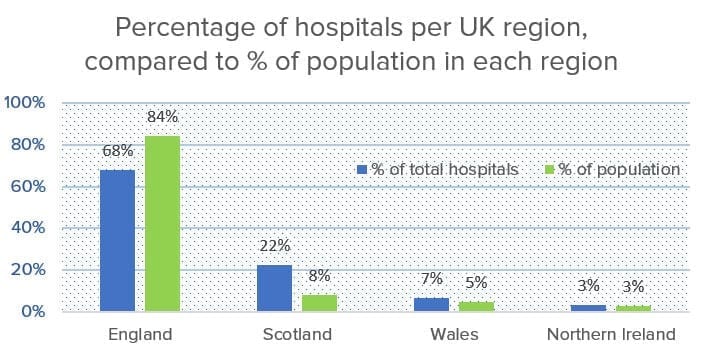 The recent widely-publicised Governmental plans to invest more in NHS infrastructure means that can look forward to benefiting from an additional 20 NHS facilities in England. The £850m package will be used to build new hospital wards, intensive care units as well as new diagnostic hospitals / centres. The actual details of these plans have not yet been publicised. However, this additional investment is likely to assist in tightening the gap between volume of population and number of hospitals.

This data has been collated from the NHS Service Directory and from the private hospital company websites and is accurate as at 10 September 2019. This article doesn’t comment on number of hospital beds. Any omissions or inaccuracies are due to the source data. You may also be interested in reading Interesting notes on AI in healthcare. 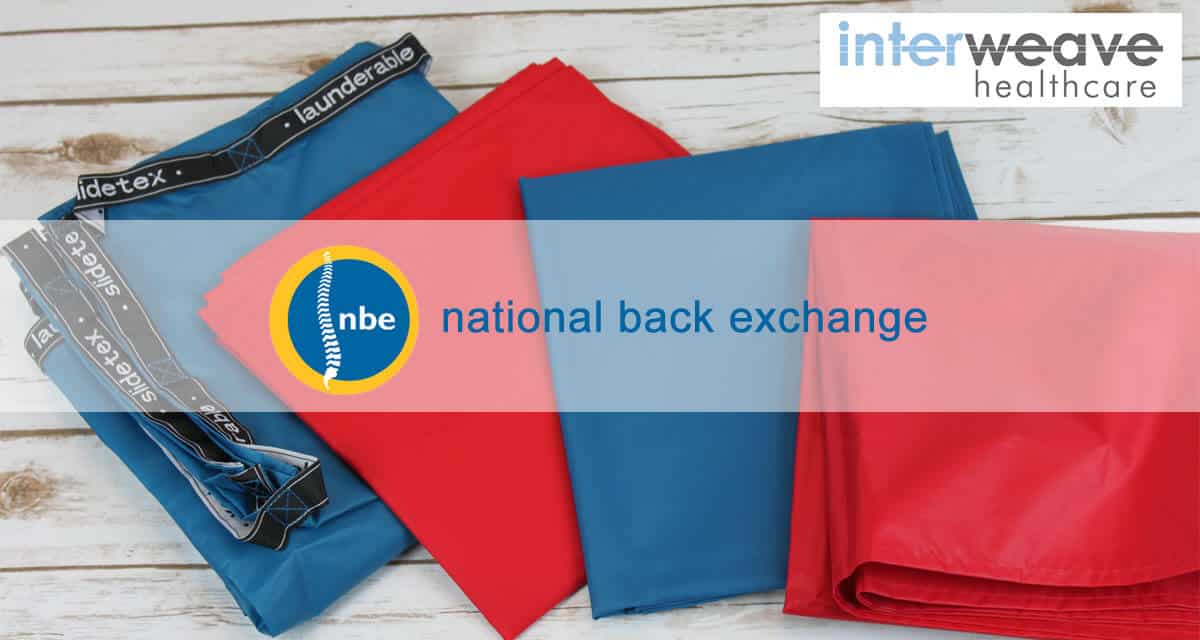 Meet the team at the National Back Exchange Exhibition 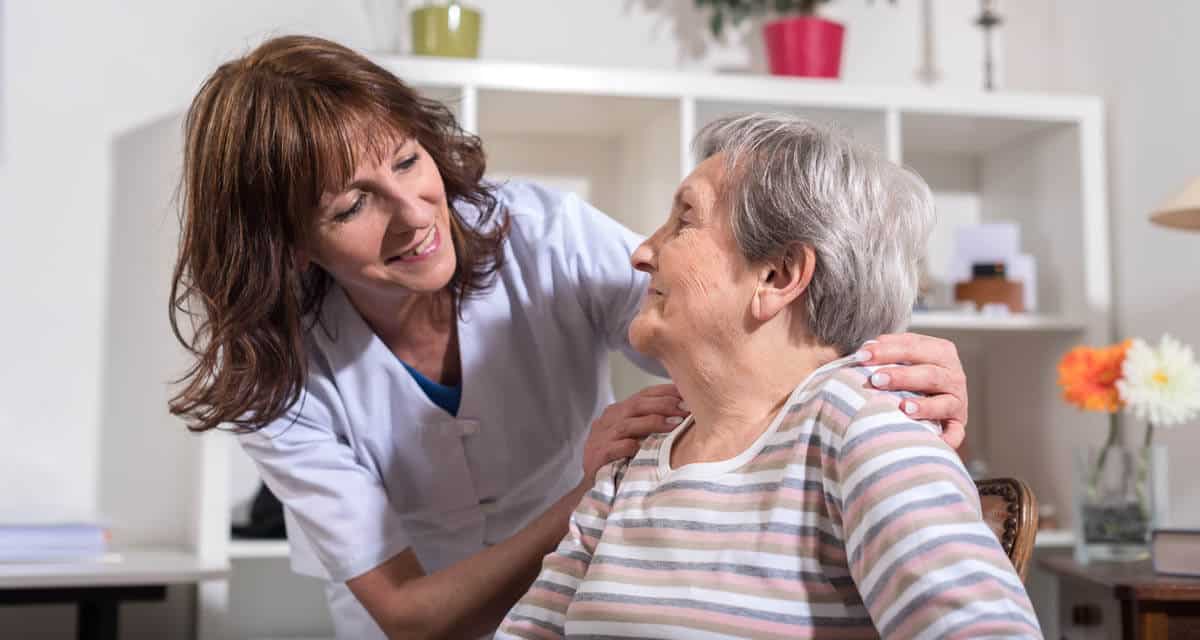 What do UK care workers wear?