Home › Blog › Interweave hosts “A Day At The Museum”

Interweave hosts “A Day At The Museum” 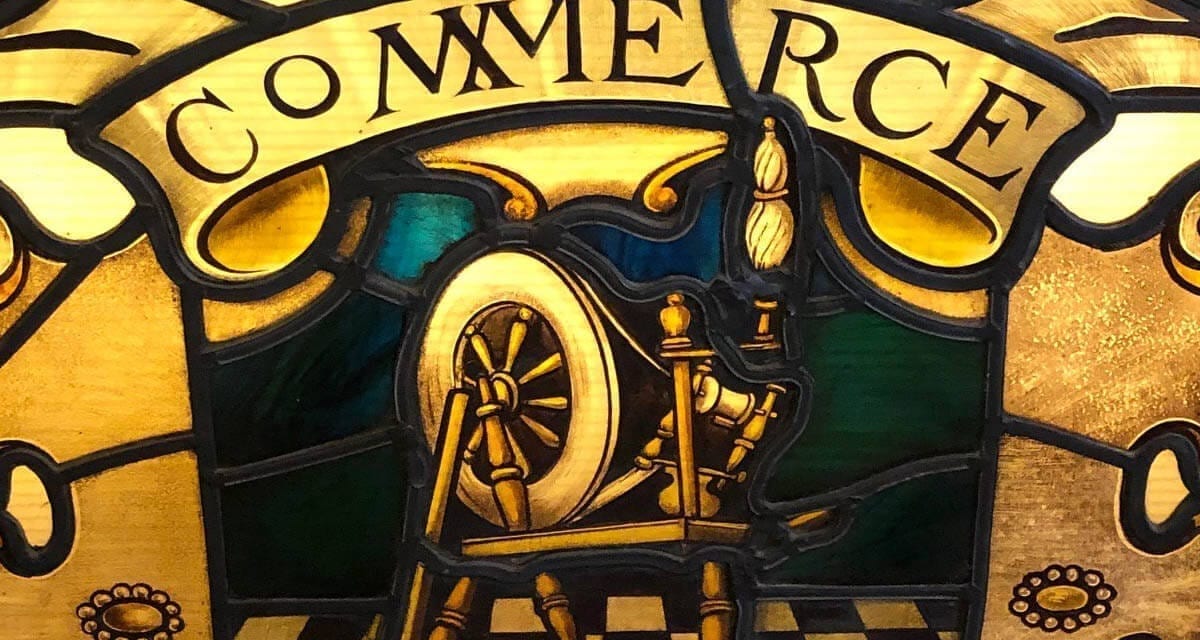 This week, Interweave hosted the Society Of Hospital Linen Service & Laundry Managers meeting. The society members met at the Calderdale Industrial Museum in Halifax, a short drive from Interweave’s offices in Elland. Delegates travelled to the meeting from as far away as Wiltshire, Cornwall and Wales. There was also a good turnout from local members.

Despite the freezing conditions outside, the Yorkshire warm welcome (and hot drinks) introduced the society members to the best of West Yorkshire.

Our own textile heritage

It was exciting to see that the museum café doors were donated by Interweave’s parent company John Horsfall & Sons. Looking resplendent in their new home, the doors were previously in place at the John Horsfall West Vale mill in Halifax.

Tim Meadows, Interweave Customer Services Manager and Secretary of the Society, is pictured in front of the doors.

Other furnishings from the John Horsfall mill which had been donated to the museum were spread throughout the building. Sumptuous wood panelling from another era!

To kick off the day, the members of the society were treated to a 60 minute guided tour of the museum. A team of very knowledgeable volunteers led small groups round the exhibitions.

The museum had previously been open for 15 years but sadly closed in 2000. The museum was rescued from ruin in 2016. Since then it has been painstakingly renovated by the volunteers with some help from Lottery grants. They urgently need more volunteers so that the museum can be open to the public for longer hours. Currently it’s only open for a few hours each Saturday. Most importantly, the museum is also looking for further grants to finish off the textile heritage exhibition.

Highlights of the tour included seeing the world’s oldest working loom dating from 1820 and one of the few remaining James Hargreaves’ Spinning Jennys. In addition, another highlight was an early (but still functioning) toffee wrapping machine donated by neighbouring Nestle. The delegates were keen to sample a Quality Street chocolate – also manufactured in Halifax.

The laundry managers were excited to see the washing machine exhibition. The machines were donated by the Calderdale-based Ajax Domestic Appliance company who manufactured the Ada range. Ajax was later bought out by Phillips. Early machines and spin driers dating back to 1940s were on display.

Pictured below is Dave Grimshaw, Chairman of the Society, getting his laundry out of the Ada twin tub!

The tour delved down into the basement, which housed a very noisy (and smelly) original engineering works generator. Some of machines were working. The volunteer, a former steel-worker himself, explained how everything worked.

Pictured below is Steve Moss, Northern Regional Chairman of the Society, looking at a drill which had been rescued from a closed down local engineering works.

Textile heritage words we use today

We learnt the original meaning of “knocking off”. For example, a planing machine had a wooden lever that turned the machine off. They only pushed the lever or “knocked off” to have a brief break or to go home.

Likewise, the phrase “you can hear a pin drop” came from the textile heritage mills that housed the massive moquette looms. Even through the noise of the mill machinery, a skilled operator would hear when one of the “pins” or bobbins was empty and had dropped off the rack to the floor. This would be their cue to find it and replace it quickly before a stitch was dropped.

Pictured below is one of five racks of bobbins all feeding into one moquette loom. A moquette loom produced the textiles for train, tram and bus seats. We admired the beautiful rainbow effect of all the different coloured threads pulled tout into the loom. It could have been in an art exhibition!

Some more pictures of the day at the museum: 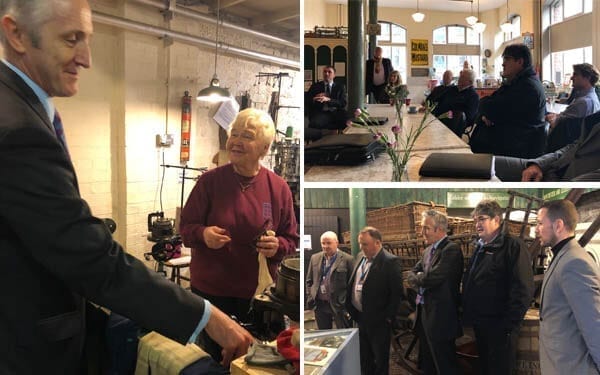 Sometimes, pictures just don’t tell the whole story. Therefore, here are some videos of the day out.

Interweave would like to pass on a heartfelt thank you to the team of volunteers at the museum for yesterday’s visit. The members of the Society thoroughly enjoyed the day – everyone learnt something new. In conclusion, we recommend a trip to the museum to all West Yorkshire locals. Likewise, anyone with an interest in industrial & textile heritage would love it. 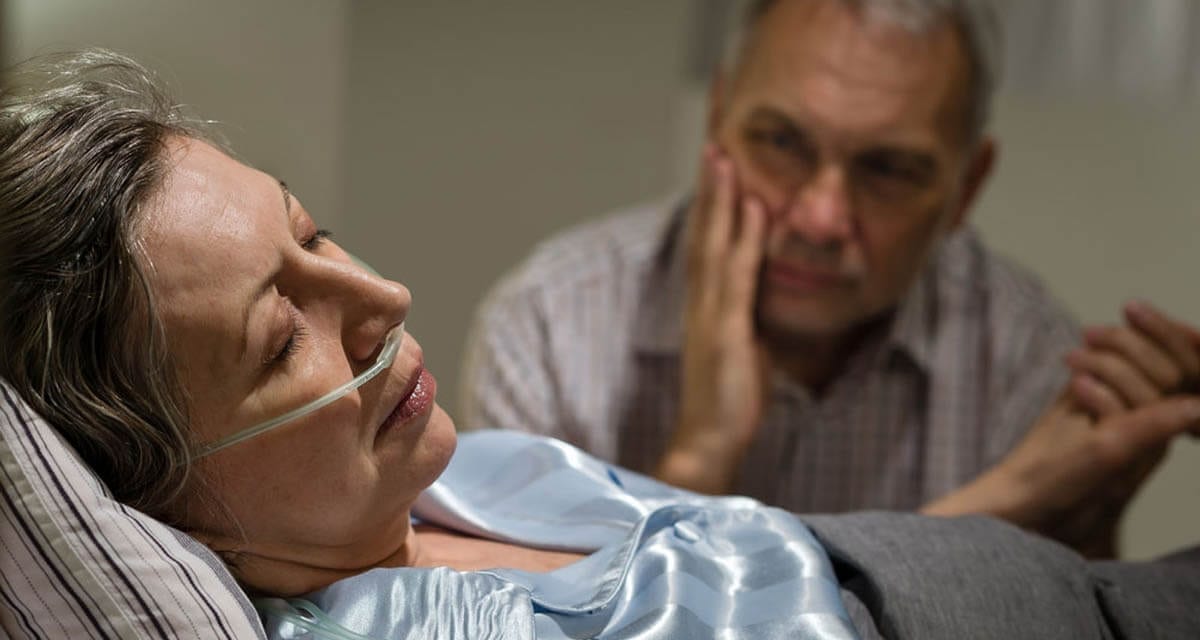 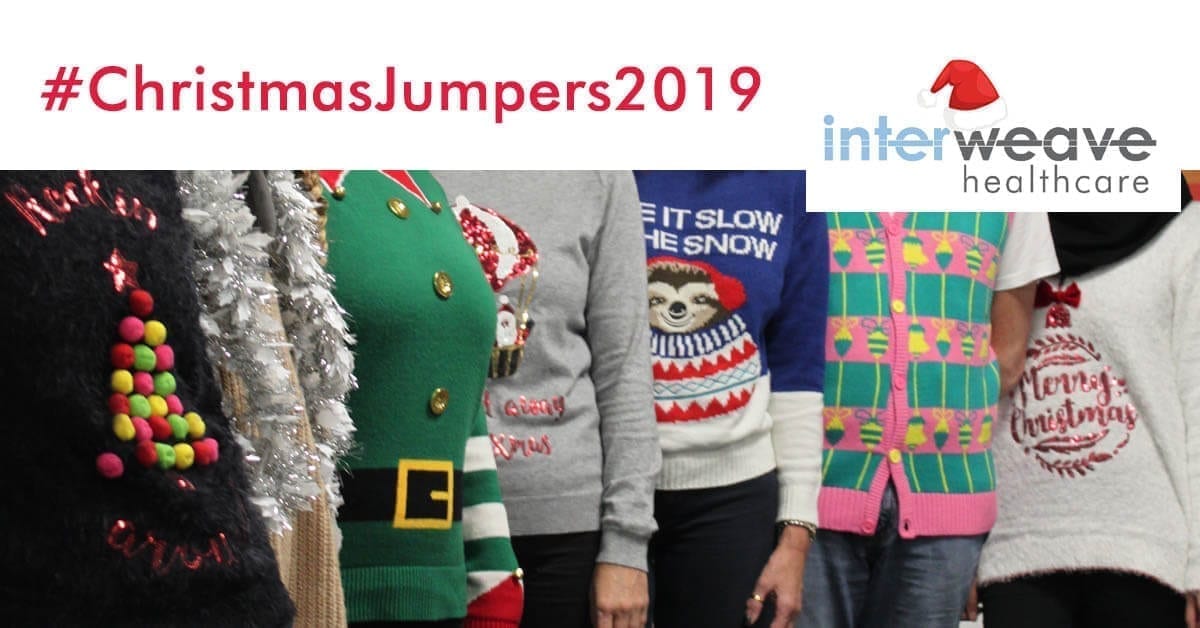 Raising money for Save the Children